On Saturday, October 23, Our Secret Agent (Secret Circle-Avalos, by Holy Bull) won the $150,000 Grade 3 Hendrie Stakes at Woodbine.  The four-year-old filly trained by Mark Casse for owner Gary Barber, took the 6.5 furlongs in 1:15.68, defeating  her closest competitor, multiple graded stakes winner Amalfi Coast by 3 ½ lengths, earning a 93 Beyer Speed Rating in the process.  To date Our Secret Agent has a record of 14-3-6-4 with $277,364 in earnings. In addition the the G3 Hendrie win, she has placed in an addition six stakes, four or those graded. 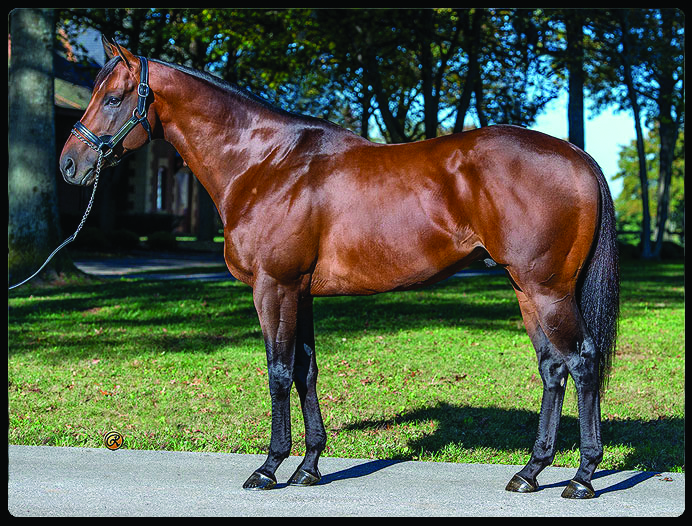 Secret Circle, who stands at Elite Thoroughbreds in Folsom, Louisiana, is himself a multiple G1 Stakes Winner of $3,670,790, including the 2013 G1 Breeder’s Cup Sprint and the 2015 G1 Dubai Golden Shaheen Stakes. On the board in 15 of 16 starts, he was undefeated as a two-year-old with two stakes wins including the Breeders’ Cup Juvenile Sprint. At three he won the G2 Rebel Stakes and G3 Southwest Stakes.

At stud, Secret Circle is the leading third crop sire in Louisiana for 2021 with 10 times the earnings of his nearest competitor.  With 71% winners from starters, and 11.5% black type runners, he has progeny earnings of $2,314,564 to date.

Secret Circle stands at Elite Thoroughbreds in Folsom, Louisiana for a 2022 fee of $3,000 live foal. He is eligible to be bred to both thoroughbred and quarter horse mares.

Secret Circle , the winner of two Breeders’ Cup World Championships races, is being relocated from Kentucky to Michele Rodriguez’s Elite Thoroughbreds in Louisiana in a deal brokered by Chad Schumer of Schumer Bloodstock.

A brilliantly fast horse for Bob Baffert, Secret Circle pulled off a rare achievement when he won the 2011 Sentient Jet Breeders’ Cup Juvenile Sprint and two years later captured the Xpressbet Breeders’ Cup Sprint (G1). Out of 16 lifetime starts, the son of Eddington  was winner or runner-up in 10 graded stakes. He retired with more than $3.67 million in earnings.